A VIP banquet dinner was held at Zealong Tea Estate to mark the 45th anniversary of the establishment of diplomatic relations between China and New Zealand.  It was attended by over 100 local dignitaries and members of the Diplomatic Corps. This is the first time this event has been held outside of Auckland and as a show of support for the Waikato Region, Zealong’s The Vista was chosen as the venue.

Consul-General Madam Xu Erwen said in her address on the evening that tea’s historical ties with the Silk Road in China “make the Waikato a more meaningful location for the celebrations.”

See some photos from the event below. 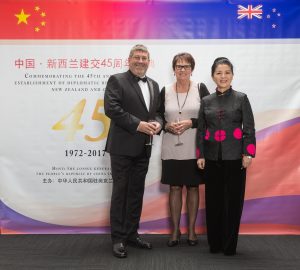