No matter what the season, tea is a tasty beverage that can be served hot or over ice. But its benefits go far beyond refreshment. Tea has been shown to have numerous healthful properties. Along with being 100% organically-grown and handpicked in the stunning fields of Waikato, New Zealand, read on to see how Zealong tea is naturally good for you.

Tea is produced from the leaf of the Camellia sinensis tree, and can be classified as white, yellow, green, oolong, black, or puerh tea, all of which experts believe are healthful. (Zealong produces green, oolong, and black tea.)

Speaking to the Washington Post, Thomas G. Sherman, an associate professor at Georgetown University Medical Centre, said, “We don’t clearly understand why tea is so beneficial, but we know it is. There are lots of epidemiological studies, and so of course people see these studies and want to drink tea and gain these benefits.”

Many scientists believe the health properties in tea come from its high level of antioxidant polyphenols, which include flavonoids, catechins, theaflavins and thearubigins.

Studies have shown that consuming flavonoids on a regular basis may help reduce many risk factors for heart disease, including high blood pressure, high cholesterol, elevated triglyceride levels and obesity.

• Theaflavins have been found to reduce cholesterol and blood sugar levels.

• Green tea has been shown to lower total and LDL (“bad”) cholesterol, as well as protect the LDL particles from oxidation. Studies have found that black tea may also help reduce LDL levels.

• Another study found that black tea reduced blood pressure in all participants and counteracted the detrimental effects of high-fat meals in people with high blood pressure.

• Some controlled trials show that green tea can cause mild reductions in blood sugar levels, and may also lower the risk of developing type 2 diabetes.

Tea contains antiseptic properties which assist with gut health and boost your immunity, as well as polyphenols which can help with weight loss.

• Oolong tea can raise your metabolism for up to two hours after drinking it. It also contains polyphenols that can block enzymes that build fat, and including a perfectly-sized polyphenol molecule that can activate the enzyme lipase, which is known to dissolve body fat.

• Tea alkalizes the digestive tract, reducing inflammation in those with acid reflux and ulcer problems.

• Oolong tea’s calm, smooth flavour can soothe the stomach when consumed hot, while the antimicrobial properties in tea can help clear bad bacteria from your gut and support the immune system.

• The catechins in green tea may also inhibit the growth of bacteria and some viruses. This can lower the risk of infections and lead to improvements in dental health and a reduction of bad breath.

How much should you drink?

Tea naturally contains caffeine, but due to the low levels it won’t leave you with the fast heartbeat, upset stomach, or shakes that the equivalent amount of coffee would. This lower dose of caffeine improves your mental alertness and performance naturally.

• The caffeine in tea works synergistically with the amino acid L-theanine to improve brain function, which results in a “slow-burn” of energy, rather than a “spike and crash”.

• As well as caffeine, the bioactive compounds in green tea can have various protective effects on the brain. They may reduce the risk of both Alzheimer’s and Parkinson’s, the two most common neurodegenerative disorders.

To see the health benefits, some tea experts recommend drinking just two cups of tea a day, while others go for five or more: there’s no set amount. Drinking your tea hot or iced doesn’t seem to matter either, as long is it has been brewed with real tea leaves and out of the sun. But beware of additives: there’s some evidence that adding milk to tea can prevent some of the beneficial chemicals being absorbed, and excess sugar intake isn’t ideal. 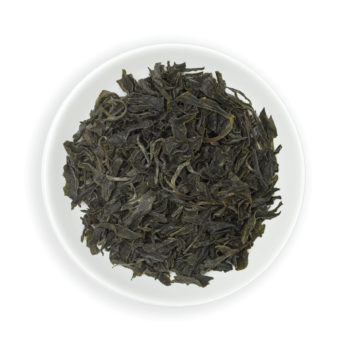