“This is a significant award for Zealong as it once again proves that New Zealand tea can hold its own amid fierce competition and on any global platform,” said Zealong General Manager Gigi Crawford.

“We are indeed proud that all three of Zealong’s teas were placed highest in their categories in a global competition which saw 245 entries from 16 different countries. This is a noteworthy triumph for the Waikato District community and for wider New Zealand,” Mayor Allan said.

William Durning, the Chief Executive of the Region’s local Waikato Chamber of Commerce noted, “The international success of Zealong against strong competition is further endorsement that great New Zealand companies creating value and opportunity for all are right here in the Waikato – New Zealand’s best business address.” 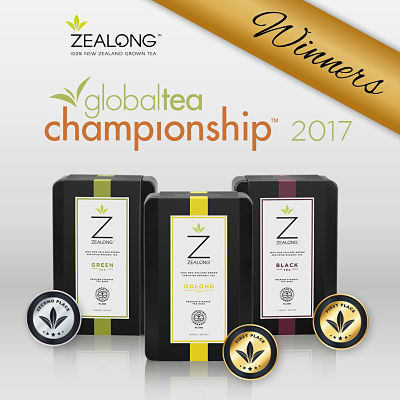